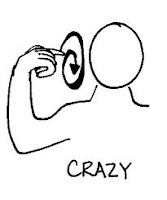 The Republican Congress has proposed a bill that is sure to get veto, it may not even get pass the Senate, and really has not chance of becoming law.  The sad fact is that we the American people are caught in the middle once again.

Congress passed a bill that includes, an extension to the payroll tax cut and an extension of unemployment benefits, both things that President Obama wants, but they also loaded the bill up with things that I am sure will never get past the senate and if it does it will surely get veto by the President. Things such as denying unemployment benefits to high school dropout, if they are now enrolled in a GED program, allowing stated to drug test people who do get benefits, and cutting the number of weeks one can receive benefits.

Congress is also trying to tie Medicare Fixes to this bill, all of which John Boehner knows will not get past the Senate or will get vetoed by the president.  All of this is so they can say “See they are not really for the middle class” once the bill does not pass.

When are the folks in Washington, going to stop playing games and do what is right for the American people?
When are they going to realize that people are frustrated and feed-up.

They can pass a stupid bill (that doesn’t stand a chance), but can’t pass a jobs bill!!! Wake up everybody and see what’s going on here!!!
Michael W Truitt