Here We Go Again
Our elected congressmen and Senators are at it again. 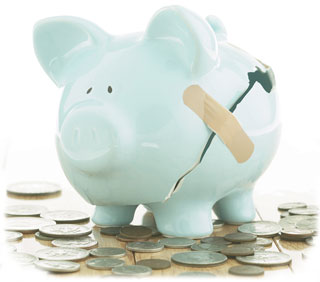 The sticking point  - that old familiar budget.  It seems that the folks in Washington just can’t balance the country’s checkbook, something you and I would have to do on a monthly basis.
If you watched any of the Sunday Morning News programs what you saw was a bunch of bickering. Democrats blamed the Republican for their unwillingness to walk away from a no-new-taxes pact they signed earlier this year.  I believe that the American public has come to realize that the only way to balance the budget is through a combination of spending cuts and increased revenue.  Any business person or homemaker will tell you that, so why is it that congress just can’t seem to get onboard.
Republicans seem more interested in sticking to the pledge that was made earlier this year but instead they want to make major changes to entitlement program such as Medicare and Social Security.  Now while I agree that changes in both of this program need to be made, how you can cut program that benefit mainly the middle class and the poor, but keep tax cuts that benefit mainly the rich.  There has to be compromise, and each of our congressmen where sent to Washington to find the compromise.
Congress Michael W Truitt Money Politics